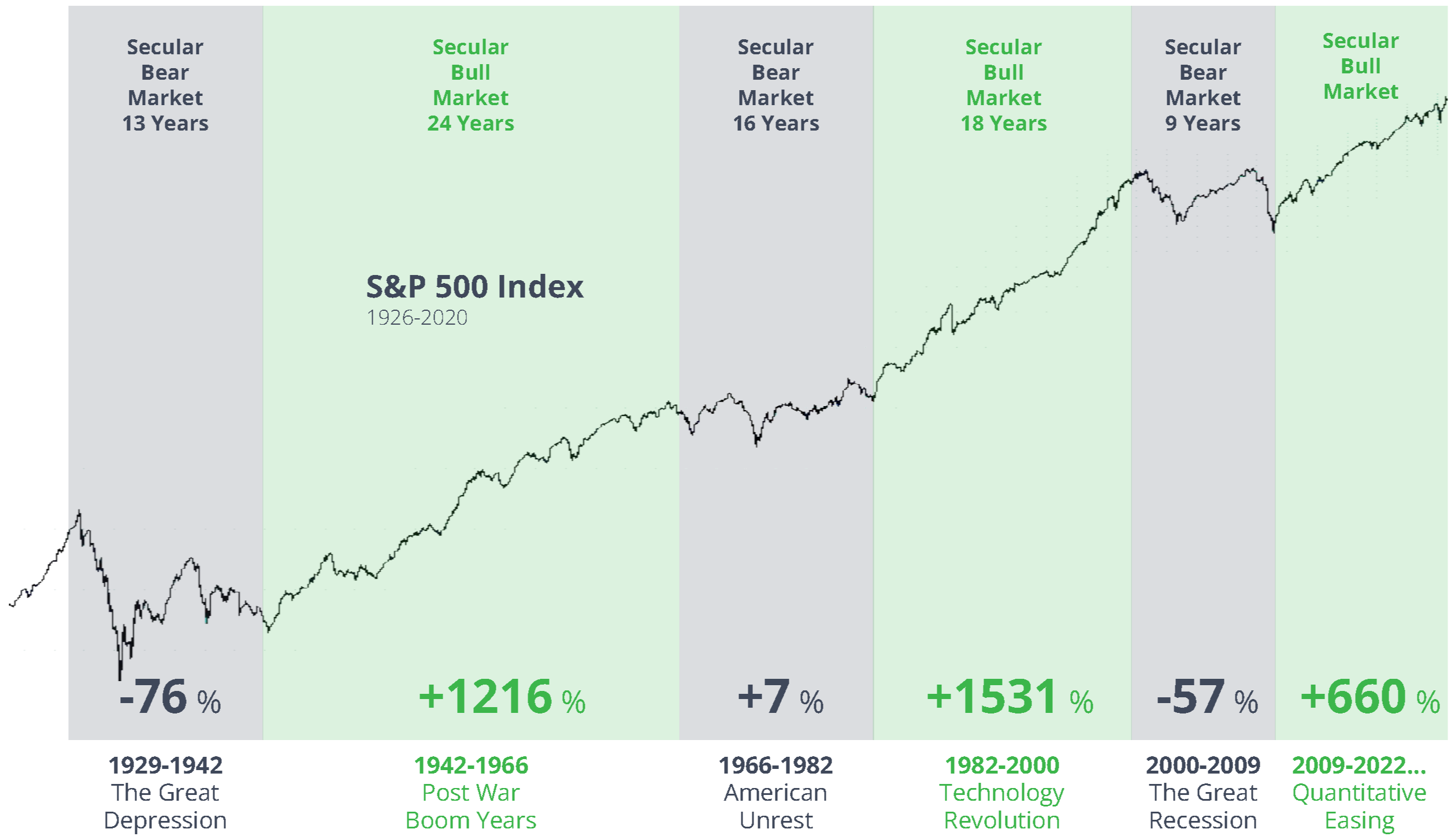 Market Correction is a Small Part of a Bigger Picture

The market correction that began with a sharp decline in the beginning of January continued through the end of February. The S&P 500 index has been down as much as 14% since it’s January 4th highs, and the Nasdaq Composite Index down 19% since it’s Nov 22nd highs. Historically, market corrections happen at varying speeds. The move from the high to low point in a correction can occur quickly, 2-3 weeks, or it can take 6 months. Just as the correction drop has a wide time range, the subsequent rise to new highs can also occur in a matter of weeks or as long as several months. Only time will tell how long this current market correction will last, but it’s still a small part of a bigger picture.

To put all of this into perspective, March of 2009 was the beginning of the current economic and stock market cycle that we are in, a secular bull market. Since 2009 the S&P 500 has experienced 8 market corrections and 1 bear market. Overall, this cycle is one of economic expansion, generally rising stock market levels, and based on historical data it may last for several more years.

In turn, I continue to see this market drop as an opportunity to invest excess cash while stock prices are down. Please reply to this email if you have any questions or would like to discuss this correction further.